Angular vs React vs Vue: A Complete Comparison

If you are taking baby steps in the world of programming you may have already assessed that JavaScript is one of the most important languages to learn. In fact, none other than global technology giant IBM in 2017 said that JavaScript is one of the first languages to learn for a developer. This fact has been established by numerous other surveys with the Pearson Frank’s 2017 Salary Survey putting this programming language on the top in its annual report. These two signals – one coming from a technology giant and another from a leading global research firm surely reiterates the fact that if you are looking for a career in web and application development you need to master this programming language.­

So far so good, but when it comes to learning JavaScript and using it in the applications most developers are overwhelmed at the choice they have and don’t know which way to go. As a developer choosing the right JavaScript framework for your application can be one of the most important decisions you will ever make. Tread the wrong path and you may be stuck with a mediocre app that doesn’t address all the goals. The popularity of JavaScript in web application development has meant that the market is flooded with more than two dozen frameworks based on MVC (Model-View-Controller) and MVVM (Model–View–ViewModel) architecture and dozens of others. Going by numbers alone may not help you choose the right path. So we come to the big question – which one do you choose?

Gong by the talk in the developers’ community in the recent times Angular, React and Vue have emerged as the most popular ones and are way ahead of other frameworks that are being used. They are flexible and allow you to explore your technical know-how and creativity to the maximum. How does it fare when we put Angular vs React or Angular vs Vue? Well, given that all three of them have their large fan following and come with tons of features and functionalities it surely isn’t the easiest of things to write on. Let us try and settle the Angular vs React vs Vue debate by taking a look at these three frameworks objectively and also discussing their pros and cons.

Angular has been a workhorse if we can use that term when it comes to JavaScript frameworks. It is TypeScriptbased with none other than Google responsible for developing and maintaining it. While we have seen the release of Angular 2 as the successor to Angular.js the older framework was first released in 2010 but the older version still gets its bug fixes and remains popular with the developers. The latest release 1.6.8 brought in many new bug fixes which have been welcomed by the developers. Sites like weather.com, Google, Wix and Forbes are known to be among the major users of Angular.js. Since you may come across comparisons such as Angular 2 vs React or Angular 4 versus React here however we shall stick with Angular.js for the comparison purpose.

Like Angular, Reach also comes from a major stable and perhaps the most loved technology company of the 21st century. Yes, you have guessed it right it is being developed and maintained by none other than Facebook. Instagram also has been helping in its development along with a large developer community. Developers fondly call it the perfect library for building interfaces which makes it ideal for building user interfaces. First released in March 2013, React.js’ latest stable release is 16.2. It finds patronage among leading businesses in the world which include the likes of Twitter, PayPal, Airbnb, WalMart, Tumblr apart from Facebook.

Vue is relatively a young kid on the block that was first released in 2014 but only became popular in 2016. It was first released by an ex-Google employee and since then is being developed and maintained by a small team of developers nothing comparable to the scale of the team working on Angular and React. In fact, comparing Angular vs Vue may not even sound fair to many developers. But in a short span of time, it definitely has created its share of fan following and is seen as a great example of a small team taking on giant rivals. In the last couple of years, there has been more talk about Vue than any other JavaScript framework that we can think of. At present, it is being used by Expedia, Alibaba, Nintendo and Baidu.

If you are a seasoned developer who is acclimatized to the JS ecosystem this may not be relevant to you but budding developers often make their call based on this parameter! And given the fact that you are reading this piece, it is safe to assume that you belong to the latter category. Several online polls and forum posts have collaborated that Vue has the easiest learning curve among the three and you can get started even if you have some basic knowledge of jQuery. This may also be attributed to the fact that it is still new and yet to offer the scope of development like the others do. Switching over to the debate React vs Angular the former is the winner and Angular would require some time to get acquainted.

You don’t wish to keep repeating the same tasks while working on the project and hence development time or complexity involved in executing the framework is important. React would take a lot of time in setting up but once you have done so it will allow you to develop the app with relative ease. Not surprisingly Vue takes the least time when it comes to setting up and won’t force you to go through making multiple changes or dealing with too much syntax. Angular can take a lot of your time to work with. It comes bloated with several syntaxes and you will have to manage them to achieve desired results.

If we are to talk about the size and performance of the framework Angular.js is definitely way bigger than the other two hence it allows you to address complex challenges in development. However, its sheer size can also pose a big headache as apps developed in Angular tend to draw a lot of juice out of the device they are being run on and may create issues when being accessed on smartphones, especially the low-end ones. Vue sits on the other end of the spectrum as it is the smallest in size and hence allows you to create apps that would run on the cheapest smartphones but you will also have to compromise on meeting complex challenges. React.js sits somewhere in between and will allow you to walk the middle path.

Reasons Angular Can Trouble You

Reasons React Can Trouble You

Reasons Vue Can Trouble You

Who Wins The Duel?

So where do you stand after taking an objective look at these three JavaScript frameworks? To sum up, each of these has its own set of headwinds and tailwinds. If you are planning to develop an application without much fuss and fancy Vue may be the right choice for you. It won’t require you to have a large team to execute the project. Angular is ideal for large development teams who have a strong background in JavaScript and wish to create web applications that solve complex business problems. Finally, React stands somewhere in between and is ideal for a small development team aiming to create single-page applications but also wishes to have a little more flexibility compared to what Vue can offer. 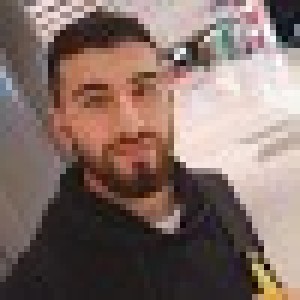 3 Common Application Migration Mistakes (and How to Avoid Them)

How Artificial Intelligence Will Change the Future of Web Development

Learn App Development With Swift With These Best Books and Courses